I purchased a Samsung Chromebook Pro 4 months ago from Samsung (Business Sales).

I paid $591.36 total. I have been using this device to create Webflow sites… with no issues.

I have absolutely loved this computer. Other than video editing… it does everything I need it to do.

This device has become my DAILY DRIVER. It goes with me… everywhere. It’s my little tag-along.

It has replaced my MacBook Pro and Surface Pro 4… as my daily driver.

Both the MacBook and Surface Pro have been sitting on the shelf unused for 4 months.

I even took a chance - and went on vacation
---- with the Samsung Chromebook Pro as my working computer.

I had expected Samsung to step up to the plate

They cannot fix the device if they don’t at least pick up the telephone.

SO. Even though I absolutely love this device…
----->>>>> I can no longer recommend the Samsung Chromebook Pro. DO NOT BUY.

This is what I bought 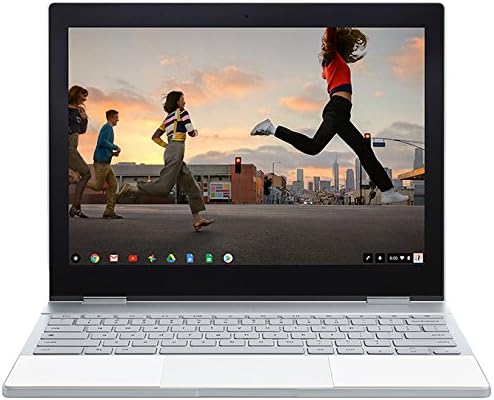 Hopefully… Google will treat me better than Samsung.

Nexus 6P owner here. I can confirm that Google is pretty bad as well.

ohh. crap. I just need a device that works.

Well I can’t speak for the Pixelbook, because I don’t know who makes them. The 6P was made by Huawei and it’s got some ridiculous glitches and there was a whole class-action thing because of dodgy batteries. Google is just horrible to deal with when they aren’t being legally forced to do something.

Although now you’ve got me wondering. I was thinking about switching to a Chromebook as well, if only because of the ridiculous price of getting a new Mac. Would you say the Chromebook is capable for not only web design, but also photo extraction and vector graphics?

I could just Google it, but it seems like you’re in a reviewing mood… heh

I tend to be a very decisive person

Literally - as I walked in my door

They said “they reviewed the phone and messages logs” and “business class customers shouldn’t be treated in such a manner”.

“As compensation” - for - “the way the situation was handled”…

I told them there was - no longer a problem.

I’ve haven’t opened the (Pixelbook) box yet - but I’m expecting the Pixelbook’s quality to be on par with the substantially higher price.

And more importantly… I’m expecting (and will find out if) Google’s support for the Pixelbook matches it’s price.

I am person who exceeds in delivering the highest quality products… and I expect the tools that I use to match the quality of my deliverables. My customers expect the absolute best - and so do I.

(For me) the failure of the Samsung Chromebook Pro was not really in the device itself. It was in the lack of support Samsung “didn’t even attempt to provide” - even though I gave them more than ample opportunity to provide such… until it was too late to fix the problem.

@Cricitem The Samsung Chromebook Pro did everything I expected it to do. Much more than other Chromebooks I’ve used / tested. Sorry - I cannot say how well it performs with vector graphics… as I have a dedicated Windows box for Video Editing / Photography / Graphics / etc.

If you looking for a system that lets you

Of course… you could purchase the device and have absolutely no issues at all.

In fact… as I’ve mentioned previously - I love this device. It’s a great laptop.

I am a HUGE Chrome fan and I do a lot of training on using the devices. I have played with the Samsung Pro & Plus as well as the Chromebook Pixel. I love them both.

I would make the switch and let it be my daily machine, but the drawback for me always comes back to Photoshop and Illustrator. I need them both to design and the Android versions just don’t cut it for me. How do you get around that @Revolution? Would love to hear about your work flow!

Which is exactly why I can’t switch to a chromebook, yet.

Yeah, me too. It just doesn’t work for me. I can use it for a lot of work, but I definitely couldn’t be caught with just it.

I have dedicated systems for everything I do. That includes email addresses as well.

I have 2 systems (Win Desktop + MacPro) dedicated to photography / videos.

I use to have 1 system that did everything… but when that one system crashed… all hell broke lose.

So - several years ago… I transitioned into several computers.

It costs me a fortune… but the protection it provides (for me) is warranted.

The last 10% is videos and photos… and yes - Chrome cannot (currently) handle that well.

If your is more graphics based… then Chrome is not really the ideal solution.

Intuit doesn’t produce QuickBooks on Chrome… and my accountant uses QuickBooks… so that’s why we have a Mac Mini for finances. Until 2 months ago… the Mac Mini was running Parallels + Windows to access QuickBooks. But recently we moved completely onto the Mac Mini (for finances).

The “graphic computer” is a high-end system… that I generally replace (about) every 3 or years or so.

When I purchased the Samsung ChromeBook Pro… it effectively shut down my MacBook Pro / Surface Pro / Surface Book / HP Laptop usage. All four systems have been sitting on my shelf for 4 months - not used.

For me… ChromeOS is a great because 90% of my work fits into the “Google model”.

Is there a way to unlock the device? I just forgot the login password.

P.S. I found a way out to get it unlocked. If you had the same issue, please follow this tip.

Crossover’s Chrome beta let’s you run Windows apps on a Chromebook. Gotta try it out and see what it can do.

At the first login screen, press Alt+Ctrl+Shift+R
then press the Restart button

This should display the Power Wash prompt.

A Power Wash will reset the device to Factory Default.

You would then use your gmail account to login and re-setup the system.

Everything stored locally on the device (ie: not in Google Drive)