My First Site: Simple, but as Grandma would say, "Real Purtty"

Building some of my first prototype sites…hoping to show off my work to local restaurateurs and snag some business.

The sites are simple (by intention), but hopefully visually stimulating.

Whatchya think about the sites? Are there important pieces missing? What else would restaurateurs want to see both from a content and layout perspective?

Hey @Rebecca, it doesn’t seem like the Red Fish Grill link is working - are you sure that site is published?

Whoops! I forgot I cloned the site to do a little error checking

Now off to see if I can edit the original post!

First off I would like to alert you that your second site is not live but a 404 page. Concerning the first site I would start off into the critique of the site. The first thing I saw was the interaction of the site. At first look I will be straight forward with you, it looked like a cheap “I just learned so I have to use it” interaction. Although this is in my opinion I would have the title and button also have interactions so that it goes in an order, such as the title appears first, then the information, then the arrow. I would also change the font, the type of traditional restaurant you advertise does not go well with the text. You could argue that the text is contemporary because the restaurant is “contemporary” although this would contradict your pictures which portray a very traditional style restaurant with a lot of dark yellow colors. Second, when I scroll down I see that the end of the paragraph is nearly touching the end of the Section. Give it more space. todays style [2016] is flat and a lot of open clean space. After that I really did not find any UI friendly design. All I see is some common Sections put together in order and every other Section is white or a picture as to separate the pictures. This looks very cheap and in one instance the only thing inside of a Section containing an image was the title, and then only in the next Section the story, this is a crucial loss for UX because now you have the user lost about what he is reading about. Remember, you might understand this planning order but the user, an average user of the internet will expect the Title to be over the paragraph and not divided by sections of different colors and pictures. One last thing, the chronological order is TERRIBLE (saying this as nice as I possible can

). Not only do you have it all wrong from the general pattern of restaurant templates (which bring huge amounts of emphasis on UX). You didn’t even have the Navlinks in the Navbar ordered correctly. I don’t know if you were rushing to release this but the work looks incredibly cheap. It looks like you just put some Sections together, divided the Sections by pictures and colors, and just added some modern looking text. Just a suggestion, focus much more on the planning and UI and UX of your website. It is very important in 2016. Hope this review helps

. Not trying to be mean, just expressing my true thoughts. I struggled with the same thing when I was starting out.

It will get better with practice.

I would rate the second website though can not as I am going to watch the new Kung Fu Panda 3 so will review the website in about an hour or two. @Rebecca I would suggest looking at this template I made, it covers a lot of things I talked about that I would like to see, https://webflow.com/website/Freebie-Construction-template [if you don’t know how to do some of these features you could open it up in the Webflow previewer]. I’m not saying the template is very good, although this I feel has some things that your site is missing. Try to check out the Webflow templates as well, they are very good.

You can learn a lot from looking at a professional’s work.

Hi @Rebecca,
For your “First site” you did good job, my first site looked much worse

I will let myself do not agree with @VLADinSACRAMENTO in many things, but I agree, that these templates are not ready for show to potetntial customes yet.

You definitely in good start, don’t give up and you will get awesome results

Thanks Anna! I appreciate the feedback.

Can you tell me more about what you have in mind for “Text represent and structuring”?

@sabanna Great job explaining all the things to focus on, 100% agree, I was referring to the layout such as having in the Navbar for example the Intro section go first and then the About section second, when on the website the user first scrolls to About and then Intro, just confused me a lot. As well as showing the menu and then giving the info about the restaurant, just didn’t make much sense, especially for users. But I guess some websites are unique, I know this can be done and still look good though it would involve a plan to do this so that the users do not get confused and the website still looks amazing and functions with a great UI/UX.

@Rebecca Sorry if I seemed rude, I forgot to mention that I was solely focused on critique only. This is great for a starter. Better than my first website.

Thanks Vlad for taking the time to share feedback.

I always say some design is subjective and some is not.

Your points on white space, menu order, and animation are all very well taken. 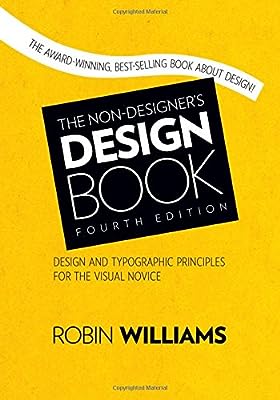 Thanks for the insight…I truly appreciate it!