Webpage not created in Webflow but with cool Parallax

As far as I know this page wasn’t created in Webflow, but I think it probably could be. I wanted to share this page as simply an inspiration.

The most impressive part to me is the video that starts playing full screen on scroll. 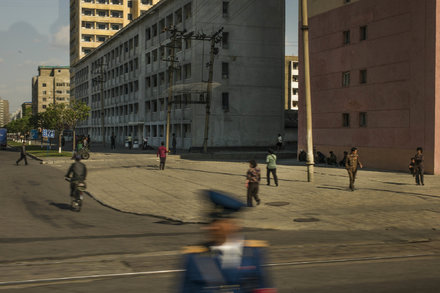 A photographer parts the curtains on one of the world’s least-known places and brings back pictures of a country that is defined for many by mystery and war.

I really want to do everything in this video within Webflow without have to use custom code. I’ll admit, the scroll pause seems farfetched in the near term, but I’d love to be able to have a video appear and maybe autoplay on scroll. I’m interested now to see what the different built-in tools are to control video. It doesn’t seem like there are any, like in this other code free web program:

Just as a side wish, It would be great if there were new tutorials made showing how to recreate in webflow, without code, cool interactive techniques being probably made with code. I would even be happy to get a weekly newsletter (despite hating most newsletters) if it had cool new tutorials of the week, perhaps inspired by what new techniques people are doing outside of WF.