in germany currently thousands of injunction suits are issued to site owners that use the dynamic deployment of google fonts. Which is - according to newly passed law - a violation of GDPR.

By using the webflow standard fonts, a google api is called to load the font face during runtime (dynamic deployment).

Problem: Even when you download the fonts and manually install them in the “settings->custom fonts” section some generic deployment links are not beeing deleted.

In the screenshot you can see, that only custom installed fonts are beeing used in the source. BUT there are still links and api-calls to google-fonts.

Do you guys have a solution for that?

@SebastianLutz
If there is ANY REFERENCE to a Google font by a single class on your project the font will be loaded. Locate font use by scanning your published CSS file for the font name, identify the class, then go back to the designer and modify the font used in that class. Once you have cleaned your site the fonts won’t be loaded. Don’t forget about WF forms. They would be a issue as well.

I offer GDPR compliant solutions off Webflow if you are interested.

thanks a lot for the fast reply. Everything was done neat and tidy.

The reason was that the Google Maps embed caused the issue.

Roboto is the font used to style the text for the informational tooltips. It imports its own CSS and Javascript to render its maps. That means that even if you’ve fixed every instance of the Roboto font on your own site , Google is still importing its own stylesheet that’s outside of my ontrol.

So - seems like I paste a Google Maps Screenshot then…

Great tip thanks! There’s also an option directly in Webflow that is quite helpful:

1. In the Designer open the classes panel in the upper right corner 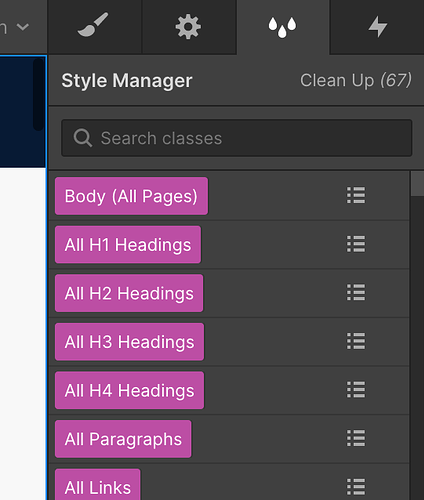 2. Search for the font you are using (i.e. Montserrat) 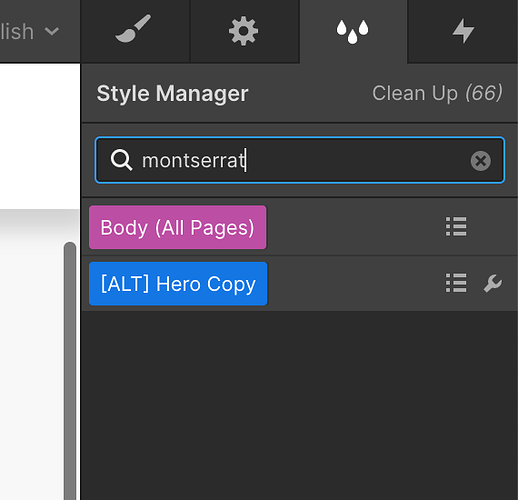 3. Voilà! You have a list with all classes that use the Google web font.

4. To go to and edit the class you can click on the list icon next to it to see the pages where it is used. 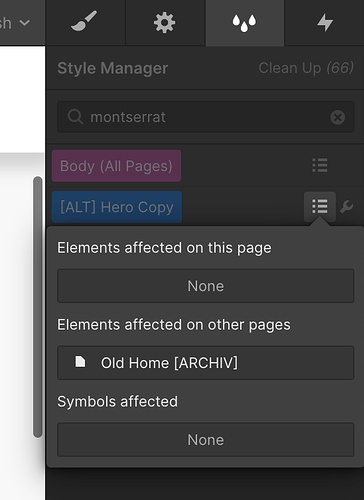 5. When the class is selected remove all overrides on the font setting (ALT + click). 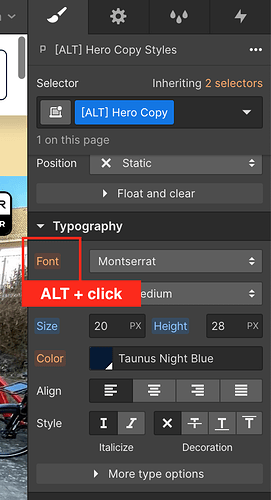 In my case, I have used a Google web font initially but then switched to uploading it as a custom font. There were still some old classes with the remote font and I had to remove them manually.

It might not be practicable with a ton of classes that have font-overrides.

Hope that makes sense and some of you find this as helpful as I did.