Hi, please help me with the issue I can’t figure out. I have a horizontal scroll bar at the bottom of my page and want to remove it, could someone who is familiar with CSS or JS help me to solve it? Thank you in advance!

Here is my link: http://atlantislux.webflow.io/

Can you please give us a WF Share link so we can take a look ?
Thanks,

Learn how to share your Webflow project with a read-only link. Find out how this is different from inviting collaborators and setting up team accounts.

Hum weird @Igor_Wise I don’t have the issue on both safari and chrome (in the designer and in the published version).
Did you solved it by yourself ?

No, I didn’t do anything, I work on Windows in Chrome, but the scrollbar is still there… 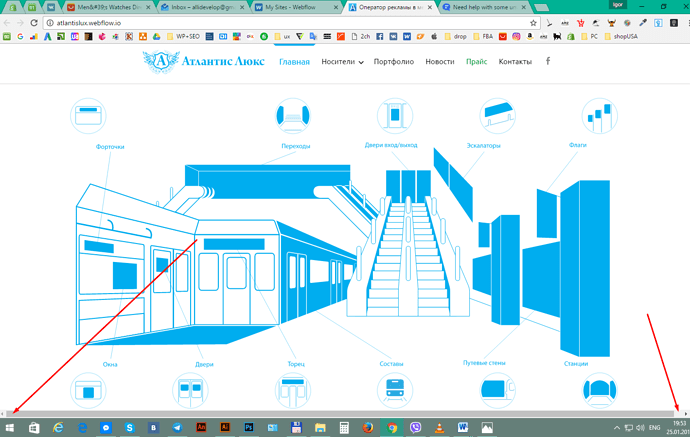 Could it be that something at the top is not fitting correctly, and the overflow is going to the bottom?

May be, I’ve searched but haven’t found what stuff doesn’t fit… I also thought that it may occur because of some interactions…

Seems to appear only on your published site.
Can you please try to put interaction none on cont 3D and publish to see if it’s what is causing the problem ? 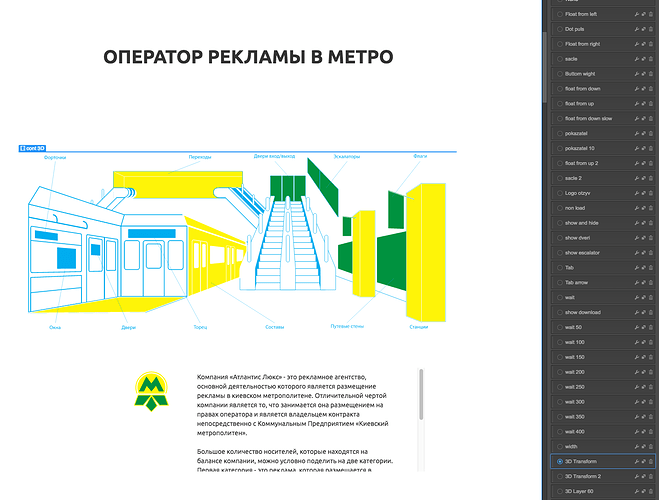 Hi, Zbrah!
Now this interaction is off, could you please check?

Great @Igor_Wise i don’t have the horizontal scroll anymore.
Do you ?
If not it means it’s your 3D interaction

A good practice would to identify which move interaction is causing the horizontal overflow and address it.

Thank you! But the problem still exists (( 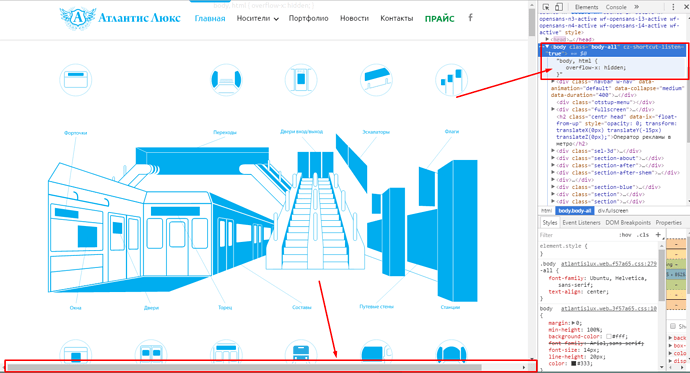 I still have horizontal scroll, it is a mystery )
And the code below didn’t help also…

I wish i could help but i’m lost here, plus the bug doesn’t appear all the time for me (for example right now no horizontal scroll on Chrome, mozilla, Safari and Safari dev

But horizontal scroll on @vincent computer

Hey @Igor_Wise You put the code in the wrong place and forgot to wrap the code in style tags. 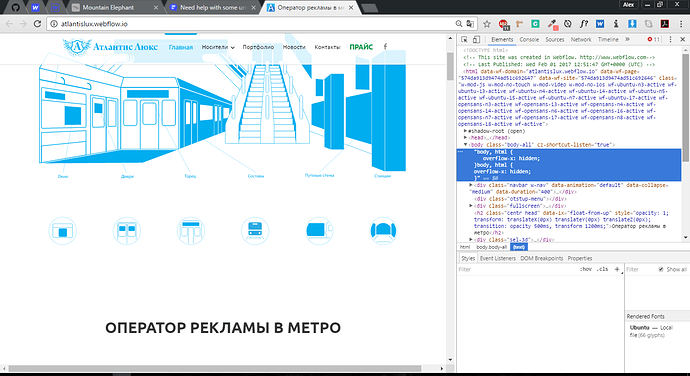 Then put it in the before body (first area) custom code in your dashboard. See below;

Add custom code and scripts that apply to your entire site or individual pages.

Yes, that worked! Thank you so much.

I never, ever thought about limiting the overflow on the body to x…