I’m new to Webflow and have used the designer over the past few days to create my portfolio. Learning Webflow has been fun and interesting with what you can achieve - my progress is growing steadily.

When designing my portfolio in Figma I wanted my hero title on the landing page to have this sort of “fade in, fade out” effect on outlined text via the browser cursor position.

See the image below for a Figma export representation of the desired effect. 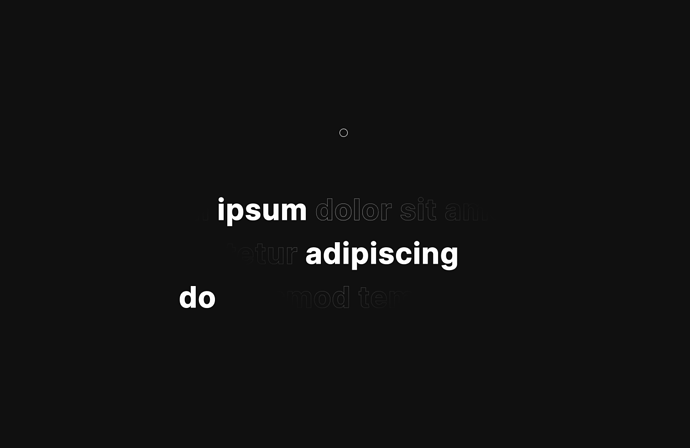 See how in the above image the cursor’s (the small white circle outline) position affects the text outline of the title below it. And it does so in that radial-gradient (blurred) fashion, gradually increasing the opacity; not instantly increasing entire letters’ opacities.

See the images below for a few breakup shots of the effect in my mind and what I’m trying to portray. I’ve placed a key in each image (bottom-right) to help the portrayal. 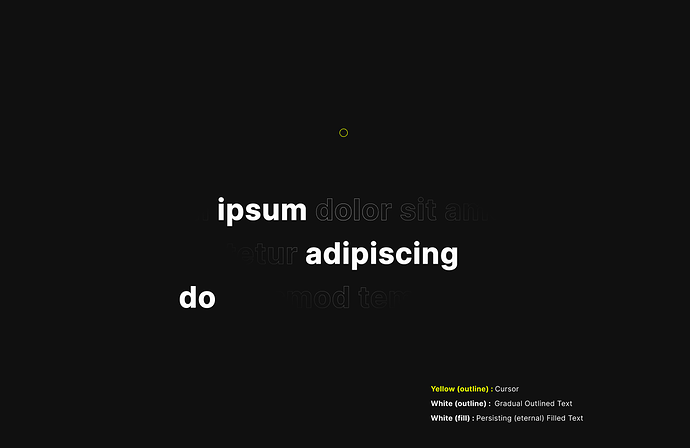 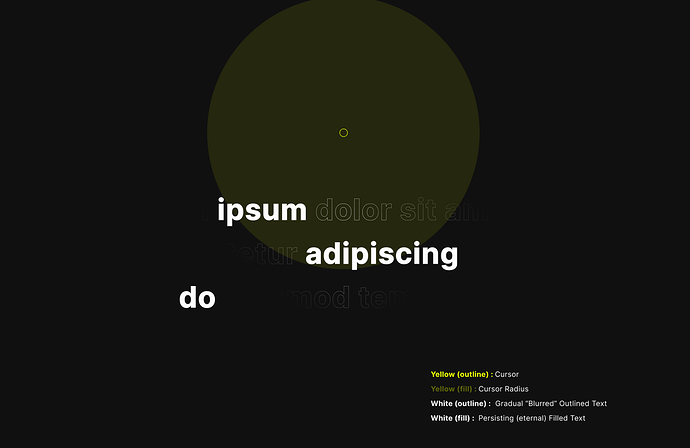 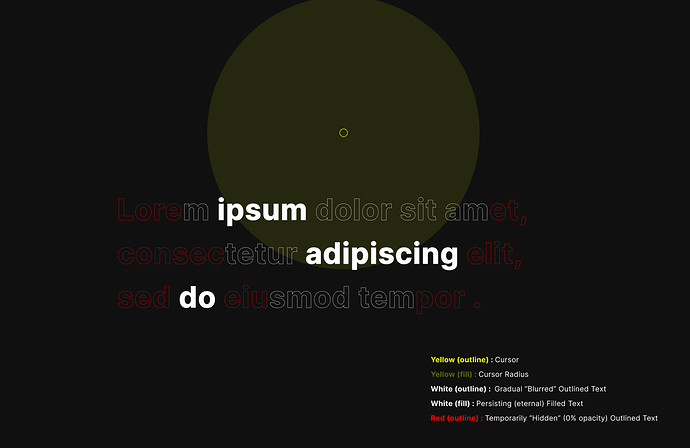 While I’ve managed to achieve the text outline effect (this is no problem) through a bit of custom CSS (see below) which runs correctly in published destinations, I’m having difficulty achieving this “fade in, fade out” text outline effect in Webflow.

I’ve tried to play around with a couple of element trigger interactions inside the designer, but to no avail:

I realise now that some type of masking might be needed to pull this effect off?

I honestly don’t know where to go from here, and this is the reason for this post.

Could someone help me out, please?

All help will be greatly appreciated!