I’m going to be working on an e-commerce website and have found that PayStand might be the easiest/best option.

One question, can the customer update his products or will they need to go through us? How does that work?

I know that you can do that with Ecwid pretty easily, so that the customer can update their store by themselves and it’ll push to the website without you having to touch it. 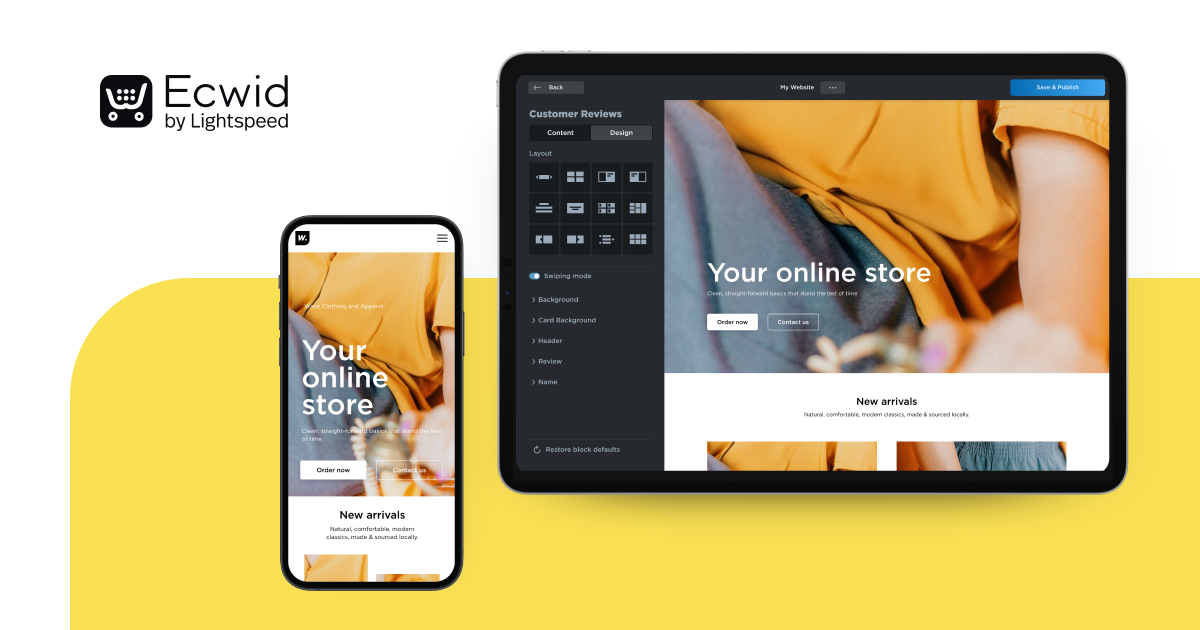 Ecwid E-commerce Shopping Cart is Fast and Easy to Use! Works with Wordpress, Drupal, Facebook and Much More! Start Selling Fast Online Now with Ecwid.

I’m looking at using Plasso myself soon as it connects with Stripe and is super secure, I think it’d update similarly to Ecwid and is easier to implement than Paystand

@Waldo_Broodryk, hope you will share the experience about Plasso. Cuz it looks interesting. Pity I don’t have a time right now for going “deep” there

will setup a mock-up one and post it here later on.

Hi @aOne, normally you would update your products in Paystand, and then embed your site site to Webflow. The same principle goes for Ecwid or other services.

Customers would generally need to update their products through their own account in Paystand or Ecwid.

​I hope this helps. If not, please let me know – I’m happy to assist further!

Hows that mock-up coming along

Hi @aOne, this would probably be a good idea for a tutorial request

This topic was automatically closed 14 days after the last reply. New replies are no longer allowed.

Hey everyone, I wanted to share my findings searching for an embeddable ecommerce platform for webflow. Apparently Paystand is quite sketchy. Their entire support page has been missing for over a week at least. They are incredibly slow to respond to emails and very disorganized. Had to explain business details to 3 different people who all said they would call back and never did. Their facebook is full of people claiming it is a scam and that they never paid out for purchases. They have a few complaints on different business sites out there. I’d avoid this company at least until they get their stuff together.

So after looking around a lot, I found other options that were basically 3rd party options, using stripe or paypal but using their front end. Basically then you are paying for a service plus the fees. Why??

Then i found Square market, and it seems to be pretty awesome so far. It is cheaper than others 2.75%, it has embeddable items with customizability for how it looks on the page and the dashboard is super slick.

I suggest anyone looking for something like this to give it a try. www.squareup.com

Interesting stuff. Squareup seems to be a POS product allowing you to process transactions in store and send invoices. I didn’t see anything about an e-commerce solution. Did I miss it?

At first look I thought like this too. But then I found: https://squareup.com/sell-online

Thanks @sabanna, I can’t find that page on the Canadian version of the site. So they may not handle Online transactions in Canada. I will investigate further. This is always tricky with e-commerce products, always make sure that their service is available in your country.

Have you tried Ecwid in Canada? I helped a buddy embed his Ecwid store on a site (wasn’t a webflow one) but all it took was an embedded piece, super simple to setup.

www.bradenboards.com is where it’s setup (I’m rebuilding the site in webflow, but he will continue using ecwid).

After reading through SquareUp I may go with that option, after reading about PayStand and visiting their site again, I’m going to stick with ecwid and SquareUp.

I have used Ecwid in Canada,

However last time I checked their POS isn’t available here.