Need help from an animation Jedi

and I was thinking about how one might go about making it an animated button. I’m not sure CSS can do convex curves, but I’d like to see my example be able to be clicked and the bottom layer (anchor portion) sinks further in or something.

It would make a nice transition button to navigate down a page rather than the bouncing arrow we see everywhere.

Attached is my attempt. Thanks for the help!

Affinity Designer (great alternative to Illustrator for those sick of adobe

However there’s no need to compare to or ditch AI. They’re really not addressing the same crowd and their prices are drastically different

CSS can do convex curves

No, but Canvas can. That will require external visual development though, then integration into Webflow.

but I’d like to see my example be able to be clicked and the bottom layer (anchor portion) sinks further in or something.

But I don’t fully understand the goal. I’m sure it’s possible, but could you draft the final step of the animation?

The technology is called clip-path, but as you well noted, because of convex curves, you’re going to need a SVG for the mask, instead of a CSS path.

Read the whole article though

SVG appears down the page. 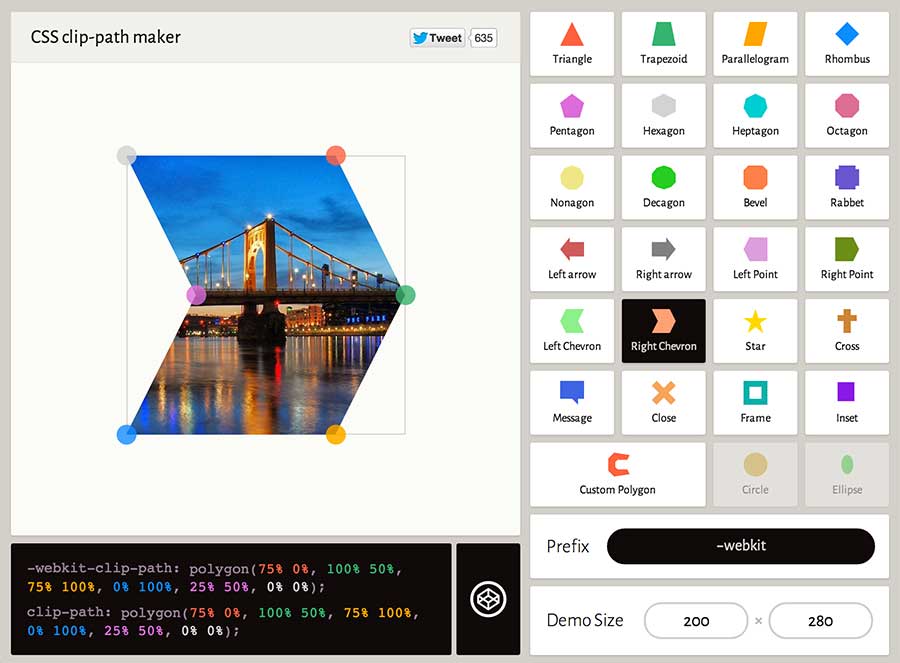 Clipping and Masking in CSS | CSS-Tricks

Both of these things are used to hide some parts of elements and show other parts. But there are, of course, differences between the two. Differences in

Great info! I’m not familiar with SVG animation, so I’ll have to look into that. Here is a mock up of the sequence.