I filled out the form to request beta access to Webflow Logic a few days ago and there’s no sign of it, is it only available to select customers?

Should be just a few days. If you haven’t heard back I’d reach out to Webflow support and ask them about it. They can look up your request and push it along.

Memberships requires a request, but I thought Logic is open-BETA, meaning that you should just see the logic icon in the left side menu of your designer view?

Could be wrong but I didn’t fill anything out, and it’s on all my projects.

Nope, I can see memberships, like I could with e-commerce while it was in Beta, filled in the form to request access to Logic but no dice, so far.

I could reach out to support but that is like going to ER for a cold in an ambulance delayed by a few days.

Webflow’s changed the Logic Beta access so that it only requires one form, and the NDA is built-in as well. If you don’t have access to Logic yet, you can get access by signing up again at the original location, and you won’t miss the part 2 NDA form which was previously emailed separately. 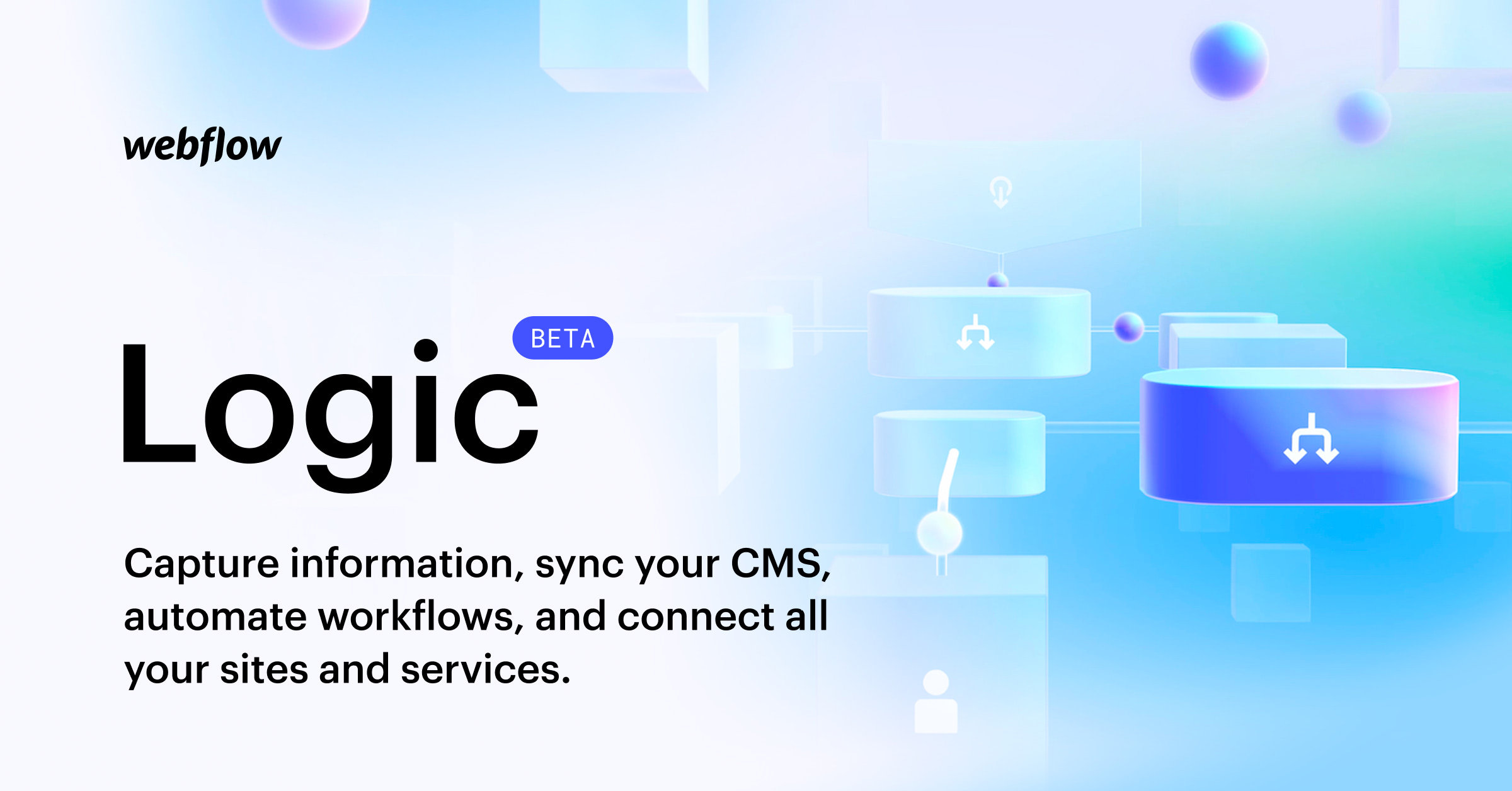 Use Webflow Logic to connect your favorite apps and build automated workflows to boost productivity and save time and money. Try today with no code required.

Where is a cleartext NDA hosted on Webflow’s site?

The form is a third party URL shortner which is not getting clicked on for anything legal.

Ecommerce did not require an NDA when it was in BETA.

Someone from Webflow needs to explain what is going on.

Webflow is offering full early access to a pre-release feature, at zero cost to you.
I’m not sure why you’re fussing over URL-styling details in the access-request process. For my part, I’d prefer they focus dev resources on product development rather than polishing a temporary BETA enrollment to a high-sheen of glossy perfection.

As to why the NDA, I’d assume it’s because in the case of Logic, the standard Webflow user agreement does not cover some of the innovations they’re wanting to reveal. Fair enough, automation is a heavily-competitive market.

If you want to know more, you should read the NDA and compare, and see if it’s for you. If not, there are lots of other automation solutions you can use until Logic is released, and the BETA NDA is no longer required.

I know you don’t actually work for Webflow as you are just a ‘community specialist’ but why are you so defensive?

Logic should not even be needed in my opinion as it is a mitigation strategy imposed on customers because of protectionism, it should be a fundamental feature if we’re never getting back end access.

The Webflow ‘ecosphere’ is made up of a plethora of more subscription model “businesses” that none of the long term users wanted or expected.

It is such a shame how the influx of VC money has resulted in obstacles rather than implementation of usefulness.

Requiring an NDA for its own feature inferences paranoia as a platform, a lack of transparency and imposed investment demands.

It’s such a shame to see what could be great be so mediocre as a long term customer.

It is similar to what happened to Adobe.

If you ever used Adobe pre and post creative cloud you will remember the argument that a subscription model would result in additional money to develop the applications. They’ve done nothing with that cash for customers.

I and my clients have been paying Webflow for years so please don’t try and suggest Logic is some kind of good will gesture and loss leading feature that Webflow are adding because frankly that is a ludicrous proposition.

It would appear I don’t have much tolerance for complainers. I just pointed out the obvious, which is that sometimes people expect a lot, and complain a lot, and don’t simply work with the people & process to move things forward. Impatience, noise and disrespect really won’t make a happier world for anyone.

In Bruce’s case, his response irked me a bit. He complained that he hadn’t been given Logic access yet. I did some investigation on his behalf, and gave him a clear solution. There was not even a “thanks.” Instead he complained that the solution wasn’t good enough, and that somehow Webflow owes him some explanation for things not being exactly the way he wants.

I’m a management consultant at several of the fortune 100, and I ever encounter a team member like that, they would be fired on the spot, and escorted from the building.

I thought it was worth stating the obvious. NDA’s are normal, I sign one at every major client meeting. Ideas are gold, and protecting them is the difference between victory and obsolescence.

I’ve also had the good fortune to meet some of the Logic team, and they’re awesome folks who are absolutely busting their butts to make this happen, with some exceptionally cool ideas in the pipe. I want to see that happen, because it makes my life better.

I’m familiar with some of your posts, and I imagine we’d have some very interesting discussions about what Webflow’s native hosting env would ideally look like. I’d far prefer unrestricted server access as well, as well as a DOM hooks, script hooks, database access and a Node.js stack.

But devs haven’t historically been at the center of the Webflow ecosystem, designers are, which means nocode, and all the restrictions and limitations that come with that.

As to why Logic is being built… Ii you look at Webflow’s feature map evolution, it’s clear they see where the gaps are. A modern site is good design + a database + commerce + security and logins + programming capability + lead capture and management + an admin console + internationalization support.

Webflow started 100% as a front-end design tool, but is clearly moving towards every one of those needs.

I think in 5 years I’ve finally come to a place where I see what Webflow is trying to do, I see the forward motion, I understand the product they’re trying to create, and I don’t try to make it something it’s not. It’s pretty cool, and I like their vision. I think I’ll stick around.