Webflow released a new feature to compress uploaded images to .webp but since I tried it on a few images, I started to notice a strange behaviour in some of them. For example, in design mode, an image will be normal size and suddenly shrinks, and goes back to normal after 10 or 20 seconds. This happened many times, it’s super annoying! and also, I noticed some of them now show as 0x0 px (? 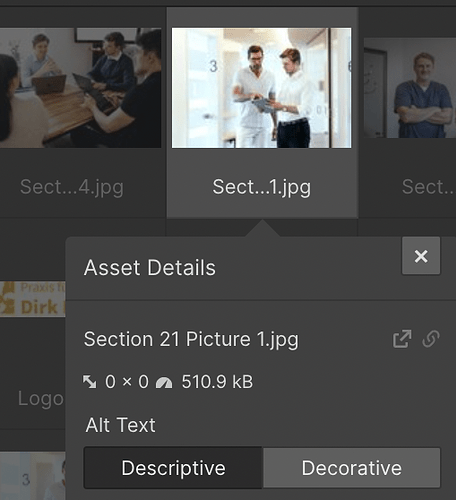 Yeah me too I’m going insane!!

Glad I wasn’t the only one hah. Eventually it disappeared, I’m hoping it doesn’t happen again.