Doing a mobile page that has currently exceeded the limit of collection lists.

The issue is that I’m designing CMS items on separate cards. I cannot duplicate the cards, since they are pulling from individual CMS collections.

This is after I tried building out the cards previously with nested lists. I hit the wall right off the bat with the 5 item limit for nested. I looked into Finsweet as an option, but ultimately gave up and went for the same working approach I used on Desktop.

Does anyone have a good solution or workaround for this? Or can look at my page structure and tell me if there’s a better way to build? I’m currently stumped (and highly frustrated by all the limitations). If I didn’t have to hide the desktop divs, it would work. Ugh.

I’ve seen a lot of designers take a similar approach to data modeling in the CMS, and hit the wall hard on the CMS collection limits, collection list per page limits, and nested list limits.

There’s a lot to talk about here, so… brew some coffee. 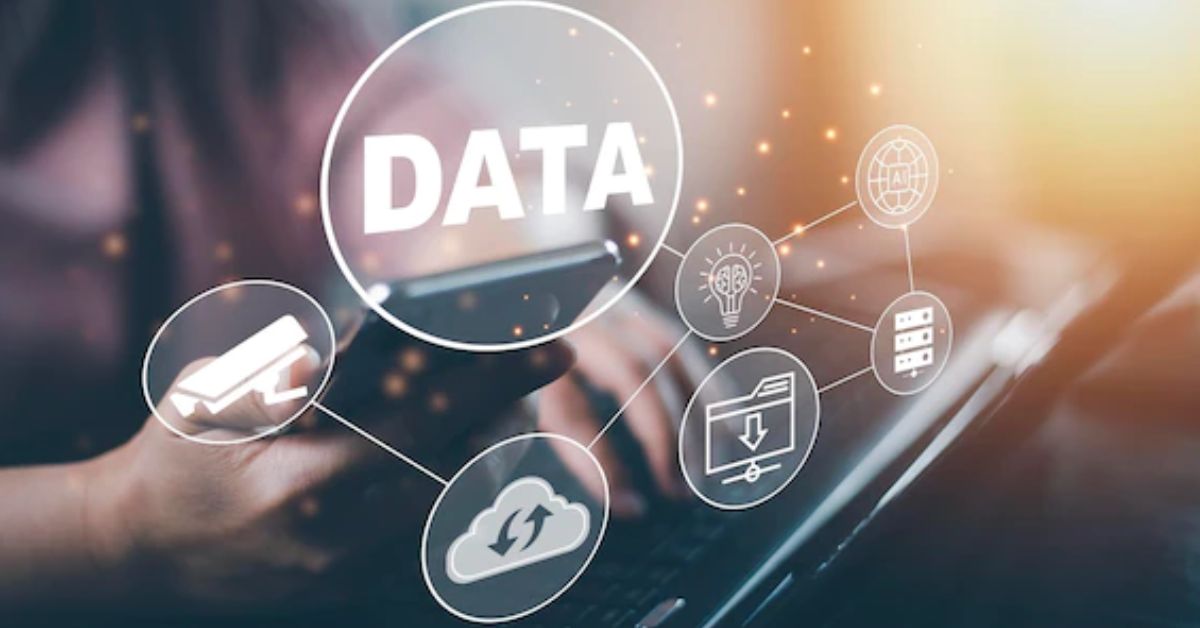 Are you building a Webflow CMS site that's pushing the limits? Here are some tips on how to build it right.

Watching now. Thank you so much. I did your approach prior if you look at the first CMS collection called “All Ads.” I put all of them there, and went into to manually add the networks since I couldn’t figure out how to do it on the spreadsheets. Tried a number of ways to do your approach, but nothing worked.

I couldn’t figure out how to reference the Network and then call it up on the page. I hit a wall with this too. I thought maybe the trick lied in how I organized the CSV?

And to answer a question you had about “Get Refunds.” that ad appears on multiple networks, as shown in this screen here for “Zicam.”

I would love to use the All Ads approach rather than the individual network ad collections. It works, but the problem is that I need to sort each network ad group by playcount which I can’t do in the All Ads spreadsheet since ads are grouped sometimes into multiple networks, since many play on more than one. I need the key “plays” metric to order the data.

Also, the ads currently do not have their own data, but may add later, so I’d want to keep that in mind, as you mentioned. 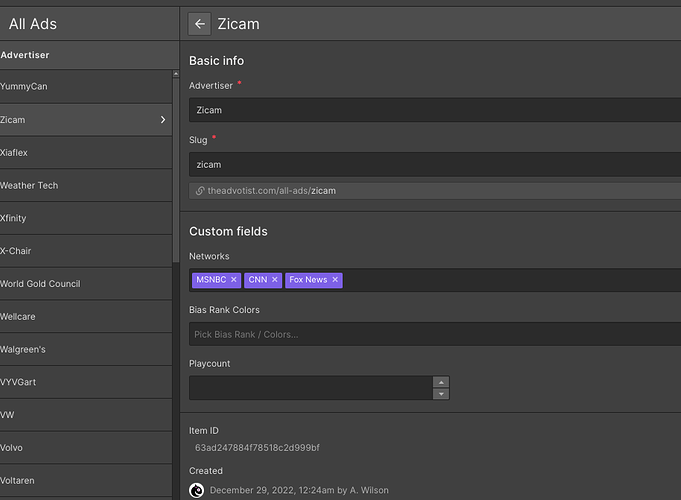 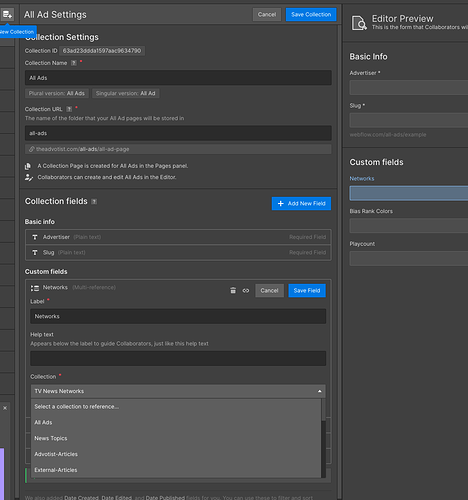 I’m not sure what you mean by “couldn’t make it work.” One single ads collection is definitely the approach you’d want to take, especially if you’re wanting to share those ads across multiple networks.

The main goal there is is to consolidate those collections to minimize duplicate data ( a copy of the ad in each network variation table ). and to avoid pushing your 20 limit site-wide.

Then the separate problem is the collection lists. You’ll have 9 on the desktop view, and 8 on the mobile view if you use script to position the network card headers. Or if you separate out your mobile version, you can use 14 lists and avoid the scripting.

One more thing- you didn’t mention it but if the Ad-Plays count is per-network, I’d probably use a slightly different approach, with a cross-reference table, where you have a 3rd collection referencing both the ad, and the network, which contains the plays count for that ad-network. That would become the main source for your collection lists.

Thank you. I did mention the plays issue. Plays are an independent data source, tied directly to advertisers, but can be on multiple networks, so your suggestion of a cross-reference table sounds like a good approach. So then, this collection would be the ad, network and plays? Would it be referencing these other collections as well or be pulled in via CSV.

It sounds like what I was trying to do for the All Ads collection if you had a look at it.

I think you’re saying do an individual advertisers collection and then reference out?

I think I am going to need to hire you for some of the other cleanup work needed, including the code for the mobile cards. As of now, I resorted to making them static for the time-being.

Thank you. I did mention the plays issue. Plays are an independent data source, tied directly to advertisers, but can be on multiple networks

Got it, if the plays are different for each Ad-Network combination, then storing those in a separate table is important. At this point it looks like;

Then your main Ads collection lists would be bound to Plays, filtered on Network, and would pull in the Ads info through that reference.

You could sort by plays desc if that’s what you’re after, or have a separate sort order field to manually control that.

I think I am going to need to hire you for some of the other cleanup work needed, including the code for the mobile cards.

Happy to help, PM me when you’re ready.

The Xref Pattern for Two-Way References | Are you building a Webflow CMS site that's pushing the limits? Here are some tips on how to build it right.

Ah, I resolved it by creating a table with all the networks play counts listed within the advertiser rows.

And was able to remove all the individual network ads collections.

Though your solution sounds even less complicated. I may have to try that. Need to figure out how to create the spreadsheet for it.

Will reach out when ready. Thanks.